The series, held on Tuesday nights at 100 Hope Road, has cemented itself as one of the must-attend event since its inception last year. The series sees the best of Jamaican comedians, including Dufton Shepherd, Elva, Boasy Boy Floyd, Leighton Smith, Ity and Fancy Cat, among others, touching the stage to entertain a packed audience every week.

Shuler King is expected to perform on June 26, and will be the first American comedian to grace the Comedy Bar stage. Speaking with The Gleaner, Christopher ‘Johnny’ Daley, promoter of the weekly event, said King is one to watch and will bring an electrifying set to Comedy Bar. “Shuler King came highly recommended, and is a fast-rising comedian on the American circuit. The world is paying attention to him, so we thought it made sense to reach out and invite him to Jamaica for the first time,” he said.

Shuler King, who moonlights as a funeral director and certified embalmer in his home state of South Carolina, has been involved in comedy since college. He has appeared in specials for BET, and has opened for international comedians on the Kings of Comedy stage. King’s videos on social media have also caused quite the stir, with his social media skit for Donald Trump going viral. He says he is excited about his Jamaican debut, and hopes everyone will understand him and his jokes. “I ‘m excited and looking forward to making everyone laugh. One thing I know for sure – comedy transcends. I know Jamaica will have love for me after the show,” he said. “I already have love for Jamaica. I do hope everybody can understand me, though. I don’t want to say something wrong and somebody lick shot on me.”

Other acts to join King on June 26 include Boasy Boy Floyd, Kathy Grant, Dufton Shepherd and Christopher ‘Johnny’ Daley. In addition to the main acts, the Comedy Bar series also gives young comedians the opportunity to sharpen their skills by competing for a cash prize in the open mic segment of the show. 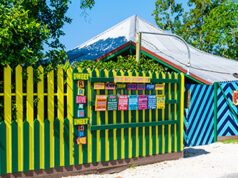 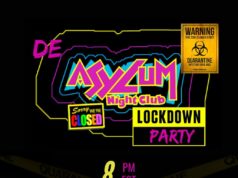 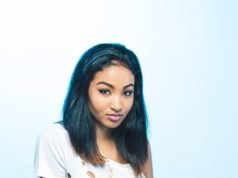 Oneradiolink is the station that gives you the best in reggae and dancehall music. We provide to small business and self-employed FREE marketing, promotion and ads.
Contact us: oneradiolink@gmail.com

CARIBBEAN RESTAURANT IN THE BX December 18, 2020