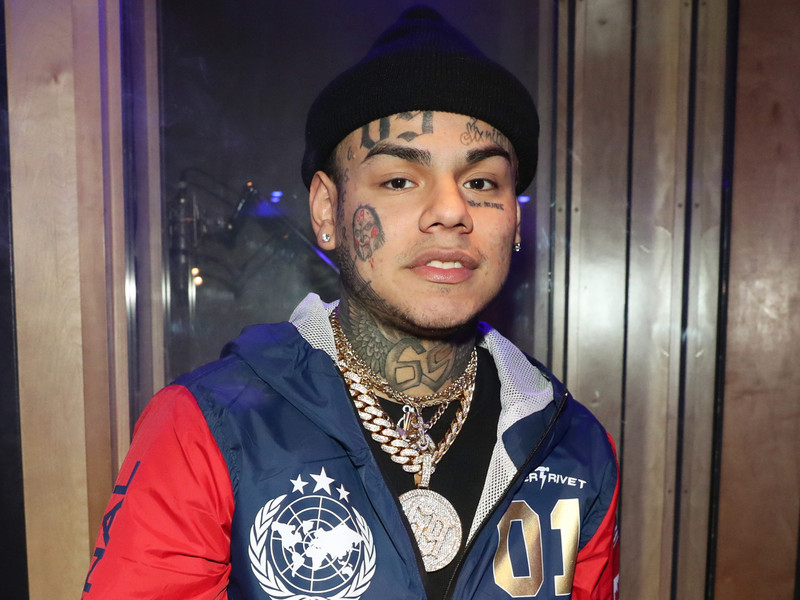 In the clip — which was recorded at the end of May — 6ix9ine is arguing with Tadoe over FaceTime. After repeatedly asking for his location, he claims he’s going to come find him. As Tadoe continues shouting, 6ix9ine hands over the phone and says, “I got a 30 pack on him right now, Blood. 30 pack. Swear to god I have a 30 pack … cash. Right now.”

Only a few days after the video was recorded, Keef narrowly avoided gunfire outside the W Hotel in New York City. At the time, 6ix9ine and Keef had been trading insults back-and-forth on social media.

Although 6ix9ine denied any involvement in the shooting, the NYPD was looking into his possible role in the incident back in June. On June 3, TMZ asked 6ix9ine about the Sosa shooting and he insisted he had nothing to do with it. In fact, he claimed to be a “big fan.”

“We don’t play with guns,” he said. “6ix9ine is for the kids. We don’t promote no gun violence. It’s all rainbows and peace.”

6ix9ine was arrested last Saturday (November 17) along with four other members of his former crew. After being placed in general population at Brooklyn’s “extremely violent”Metropolitan Detention Center, 6ix9ine was recently moved to a different facility for inmates who are typically looking to cut a deal.

In total, the group is facing 17 racketeering and weapons charges. Two of those charges carry a maximum sentence of life in prison.